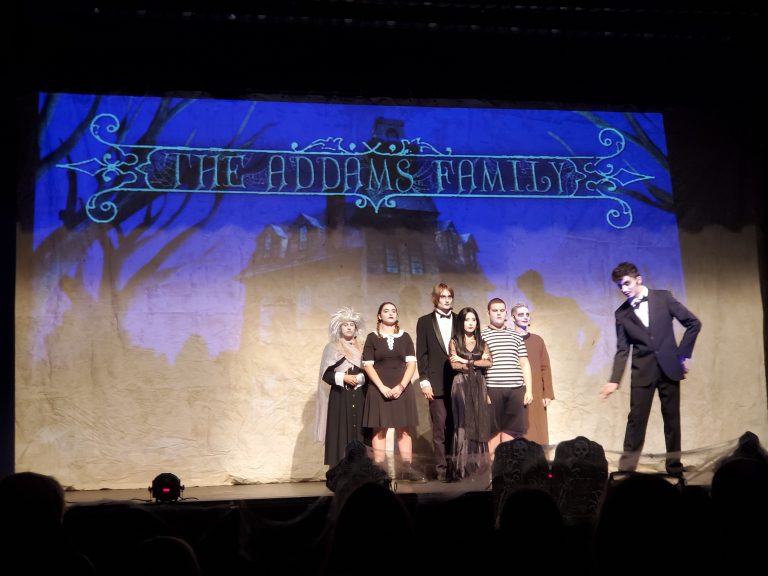 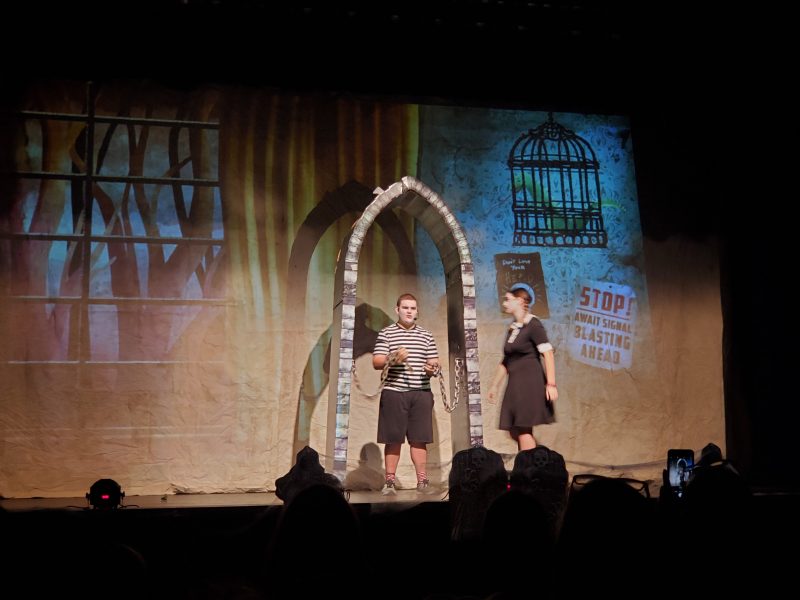 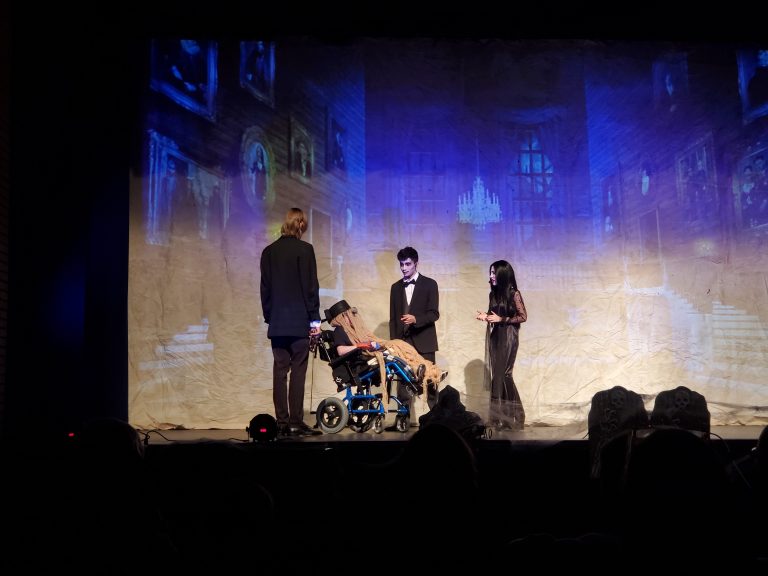 LTC’S Production of THE ADDAMS FAMILY was a huge success!  Congratulations to the cast and crew. 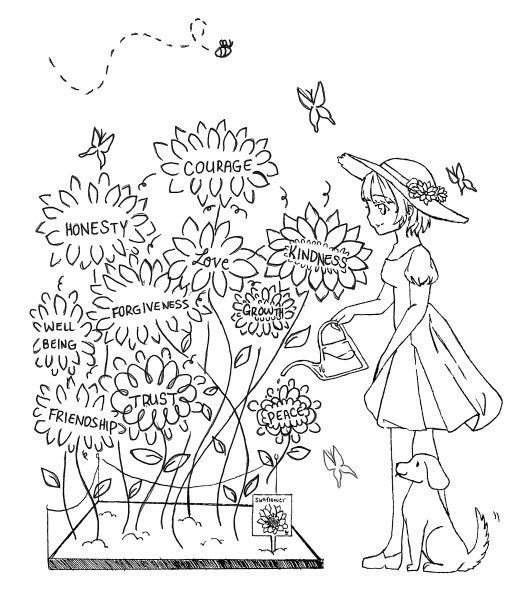 The Genesis of Lab Theatre Company

It was the beginning of a theatre company.

The next year, we moved out to the courtyard, and our company grew. Students from ninth through twelfth grade joined together to build a pool, transforming what had been a forgotten storehouse for discarded furniture into a twinkling theater for Mary Zimmerman’s Metamorphoses.

With our 2010 production of A Midsummer Night’s Dream and then in the Spring The Crucible, our company continues to grow exponentially. The Crucible brought together a cast of over thirty students and a crew of about equal that size. We have student designers, technicians, musicians, stage managers and actors working in collaboration because they all believe in the power of theatre. They all want to be part of Lab history. In the process, they have created Lab history.

In the 2011-2012 season LTC continued with our workshop, performing Rhinoceros in the Fall, added our first musical in the Winter with You’re A Good Man, Charlie Brown and ended with William Shakespeare’s As You Like It.

In the 2012-2013 season, LTC presented Into the Woods as the Winter Musical and All in the Timing in the Spring.

In the 2013-14 season we opened in the Winter with Our Town and then for the first time ever we presented student directed one acts called LTC Montage – Dreams. Where the students selected the one acts along with Broadway Musical Selections all around the theme of Dreams.

In the 2014-15 season we presented Zombie Prom, The Musical in the Winter, in the Spring the student directed and created LTC Montage – NYC and then our very first one act play festival where we transformed the first floor music room into an intimate Black Box Theater setting.

In the 2017-18 season we presented LTC Montage-Family.  The students performed I’m a Teenager, Get Me Out Of This Family as well as Broadway songs all centered around the theme of family.

In the 2018-19 season we presented You’re a Good Man, Charlie Brown, directed by Theresa Della Valle with Musical Direction by Robert Farruggia.  The song “BASEBALL” was selected to perform at the Manhattan Borough Arts Festival at the world famous Apollo theater in June 2019.

In May 2019 LTC Drama Club presented Montage-My Hope for Tomorrow.  This was the first completely student driven production.  The Drama Club students presented original monologs along with Broadway songs and scenes all centered on the theme of their hope for tomorrow.

Coming up – April 2020 LTC Montage and in late May The Laramie Project, Directed by Ryan Keough.

We look forward to seeing you at our shows this season!